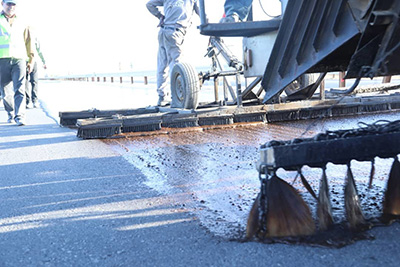 Today, the use of bitumen emulsions is increasing and new applications or different methods of emulsion usage are presented every day. One of the most important uses of emulsion bitumen is to use as tack coat layer.

One of the problems of roads surface before the asphalt pavement is the presence of cracks that are low but wide on the surface of the pavement which joint sealing solution for these is costly and non-economic. Chip-sealing is usually used to prevent these cracks. The American Asphalt Pavement Association in the course of a study proposed a new method for the implementation of a tack-coat called Scrub-Seal, which in addition to the cost of much less than chip-seal and micro-surfacing, has been able to prevent the growth of vast but with very low intensity cracks in the pavement and be more effective than other methods. In this method, by using a sweeper installed at the end of the machine, the possibility of penetration of bitumen into small cracks increases, and a type of low-cost and effective sealing is done. In this paper, first the scrub seal has been introduced and then the role of this method in preventing the growth of these cracks and its implementation experience in Sirjan road paving project in Kerman province are presented. 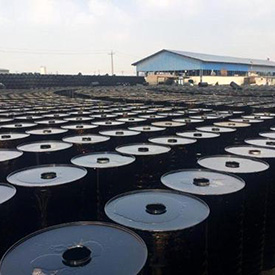